I can’t say with certainty that you did this on purpose, but I think we all know you knew what you were doing.

It’s almost like we couldn’t have written a better ending if we tried. Ok a win would ultimately be the best way to end this story, obviously. But this lead up you’ve done is pretty great.

Here’s the thing though.
I don’t want a win tonight just for me, because of all the sports, this is the game that has my heart.

I want a win tonight for my dad.

I’ve only been on this earth for twenty seven years, but I’ve watched a lot of close calls with Cleveland. I vaguely remember the Indians in 1997. I remember wearing an Indians sweatshirt and having a Chief Wahoo tattoo on my face, for my third grade picture because we had made it. And then we lost.
I remember sitting in the living room watching the NBA finals in 2007, wondering how on earth this was happening. To make it so far, just to loose again.
I went to a baseball game the night you, LeBron, decided to take your talents to south beach. I’ve had my heart broken a lot, but dang bro. That one stung. I put you on hate list. I’d also like to point out how terrible it was living in Florida and being a Cavs fan. Those heat fans came out of the wood work. 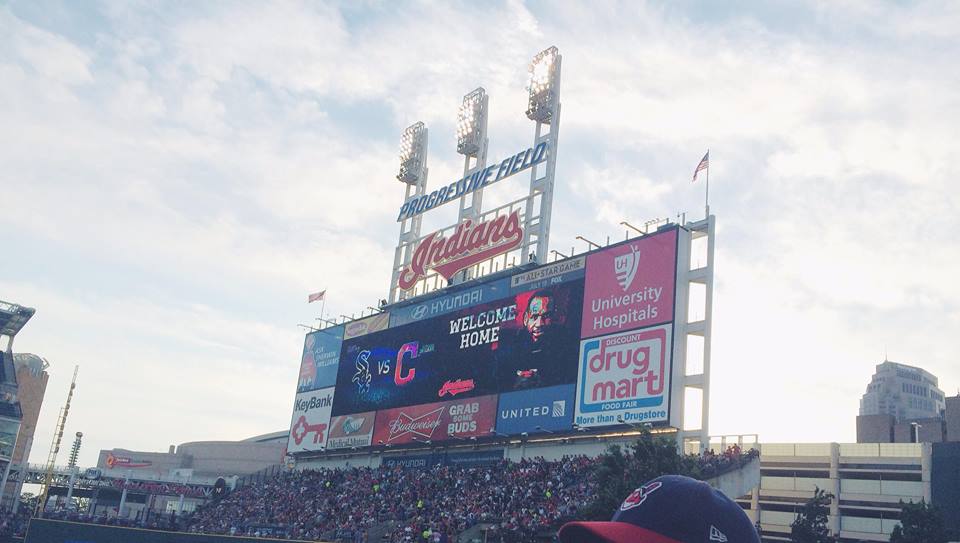 And then when you came back. I’ve got goose bumps writing it. Getting the call from my best friend (also from Ohio) and hearing her say, “Meg, he’s coming back”, will be a moment I’ll never forget. Conveniently enough, I was in Cleveland with my mom visiting family. That night we went to the Indians game, and saw your face back on every billboard with the words, “I’m coming home”. That heart break you caused us seemed to be healing.
And last year. Ugh. Last year. I could taste it. The trophy was there in Cleveland. Only to be raised by the Warriors.

SO HERE WE ARE AGAIN, LEBRON and Co.

It’s only 10 am and I’ve already cried. I get that some people reading this are going to think I’m insane. I get that the Warriors bandwagon is so full they’ve had to get a bigger bus. People just don’t get it unless their from Cleveland. And I understand that. From the looks of it, LeBron, I think you’ve done an incredible job of making the team, Kyrie, Kevin, Jefferson, Tristan, JR, Timofey, Channing, Shumpert, realize what this means to the city of Cleveland.

What it means to you.

What it means to my dad.

So guys, winning the NBA Championship for Cleveland on Father’s Day would really be great.
If you don’t, we’ll all be here next years.

But if you do…well, I almost can’t think of the right words that would describe that feeling.

Please just do it for my dad. For all the Cleveland dads out there, who have instilled in their children this “legacy”, if you will.
Who have cheered season after season for the Cavs, the Indians, and the Browns. Do it for them. They really, really deserve it.

Sincerely,
A Clevelander, born and raised.

On The Hard Days