I swore I’d never share an ultra sound picture of my child on the internet because I just had this weird feeling about it. Kind of like, I haven’t even met you, why does the world get to.

But lately, things are changing my mind.

Here I am at our eight week ultrasound (crying my eyes out), getting to meet our sweet baby girl for the first time (although we didn’t know who she was yet). I remember going into the ultrasound full of every emotion God created me with. I was so excited to finally see my little peanut, to see her squirm around on the screen. I was 100% nervous too. Was everything ok? And the thought every mother to be has, how many are in there!? 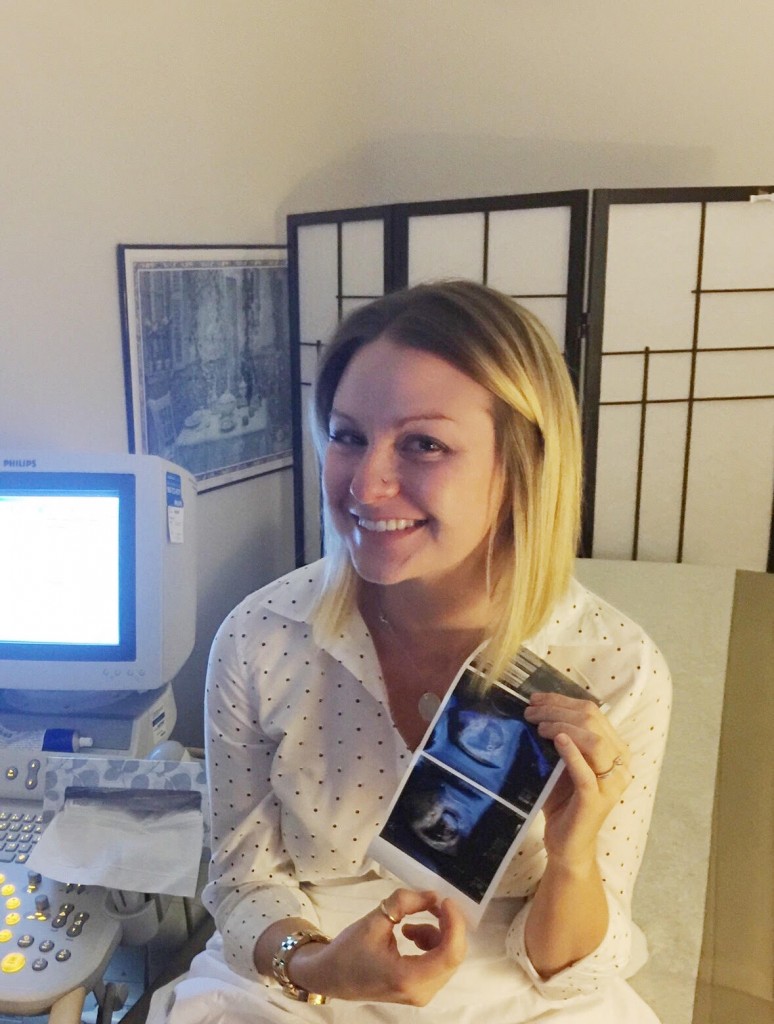 Seeing this little bean sized human moving around on the screen is a moment I’ll never forget. Which is why more women who are abortion minded need to see their little beans moving around too.

Insert Save The Storks.

Actually, let’s back up a little.
I met my friend Ashley blogging a couple years ago. She was funny, sarcastic, and loves Jesus. Three things I use to describe myself. She also had this passion behind her for everything she wrote about, and I loved that.

I got to meet Ashely in real life shortly after, and actually flew home from the Influence Conference right next to her. We talked so much during that hour and a half flight, and I remember being so grateful for this friendship.

A short while ago Ashley and her hubby (who I also got to meet, also a super cool dude) made the decision to stop their current lives, move to Colorado and have Jesse work for Save The Storks, a non-profit. Her story is incredible, and when you’re done here hop on over to her blog to read more.
Something stirred up in my heart when Ashley shared this news. Giving up a solid job and your whole life as you know it, to move to a completely different state? This organization had to be a big deal.

Save The Storks partners with pregnancy resource centers all over the nation to provide them with powerful tools and training so they can more effectively reach and serve abortion-minded expectant mothers.

They’re changing the pro-life movement. And I’m honored to be a part of it.

Save The Storks have mobile medical buses that they use to get to women who are in need. They park near college campuses and abortion clinics, making it so easy for women to get to them. Save The Stork doesn’t expect women to come to them…they go to them.

Local pregnancy centers offer an incredible service for expectant mothers, but many women don’t even know they exist. Save The Storks partners with these centers and provide the resources they need to get closer to those who need their services. The Stork Bus minimizes the distance between pro-life professionals and women who most need them.

I’ve always been pro-life. Abortion has never sat with me well. Maybe it was growing up in the church, and believing with all my heart that God forms each one of us in our mothers womb. Maybe it’s because I’m a Republican. Maybe it’s because I just don’t get them. I don’t understand the fact that this is a thing. A woman can get pregnant and then just decide she doesn’t want the baby.

But having Emily just stirred up a piece of my heart I didn’t know existed. Carrying this tiny human for *almost* nine moths was a gift. One that I do not take for granted. I remember the first time I felt her kick and wiggle around in there, and now thinking that some women just don’t want that.

Here’s the thing. I want to change your mind if you’re pro-choice. I want women to realize that there are so many more options than having an abortion.

I’m not going to go into when life starts (at conception), or the argument of women’s rights (what about that baby girl?). What I am going to do, is state some facts.

84% of women who have had abortions, say that didn’t have all the information they needed before they chose an abortion.

4 out of 5 women who get on a Stork Bus choose life after seeing their tiny babe on an ultrasound.

Less than 1% of abortions happen because of rape or incest.

I literally can’t with the second one.

Every 30 seconds a baby’s life is taken by abortion.

A human heart begins to beat at 6 weeks. *Correction by some sweet readers, it’s actual 3-4 weeks, about 18 days from conception. Which is even crazier!
At 8 weeks old, babies facial features become more pronounced, their ears, mouth, and nose are recognizable.

13% of abortions happen during week 8.

Save The Storks isn’t looking to defund anyone, or change any laws. They don’t picket or hold up hateful signs. Their trying to make these abortion numbers get to zero.

I get that if you’re pro-choice, you believe it’s because it’s your body, and this is a choice you get to make. My only question, is that have you thought about all the women who can’t have babies? Who have tried for years, only to see negative after negative sign. Who now only have adoption as an option. I get that giving up your body for nine months is a lot, been there done that. But what if one woman, could give another woman the one thing she wants more than anything in the world. Talk about girl power. Adoption rocks, and we need to have more people campaigning for babies and adoption.

Here’s the thing though. No matter what “choice” you make…there is no condemnation in Christ. He see’s you and He loves you. Sure, sometimes this debate get’s heated. I sure as heck can get rather feisty about it…but it’s because I’m so passionate about saving babies.

And so is Save The Storks. They’re out to love on women no matter what’s going on. They want to educate and pray for women who are in need. Because that’s what Jesus did.

Check out this video.

I would love love love if you joined Sonny and I in donating $30 a month to Save The Storks. To giving these beautiful women an option besides abortion. To love on them, to give them a place to feel safe in their time of need. This $30 a month for a year saves a woman and her baby from the heartache of abortion. You can also get this amazing shirt. Click here to donate. 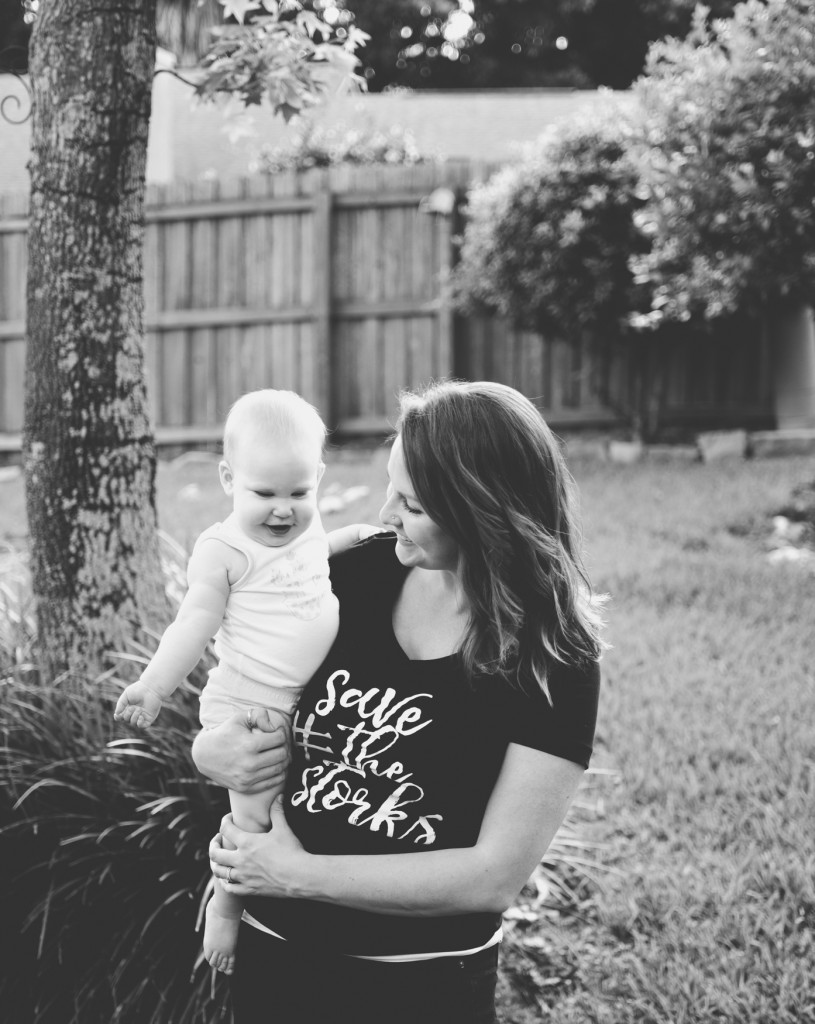 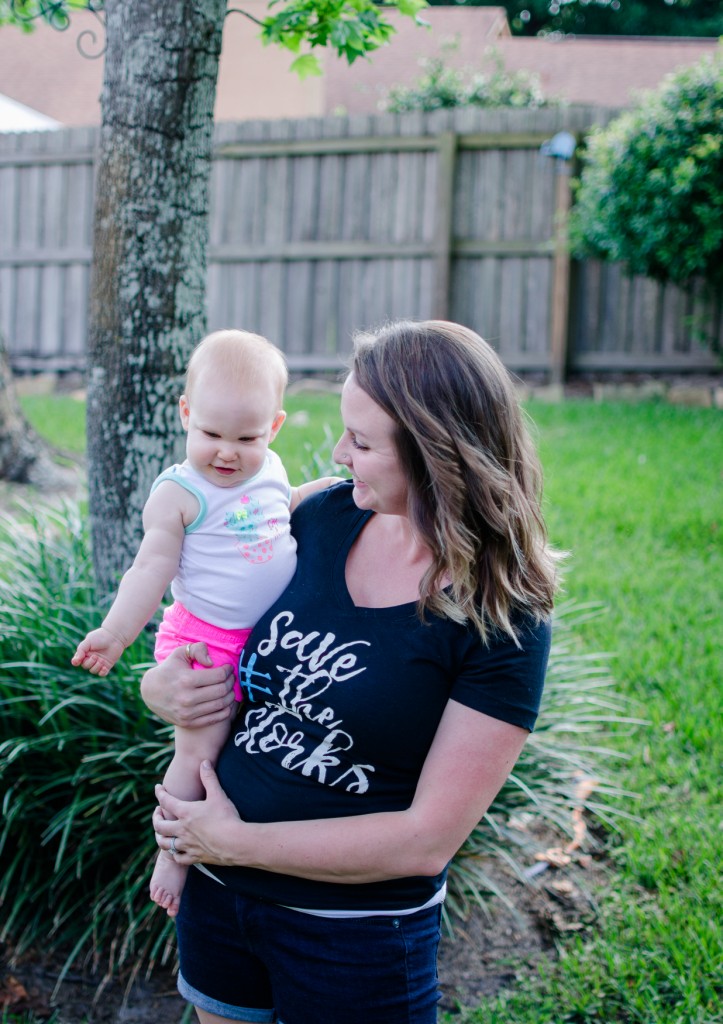 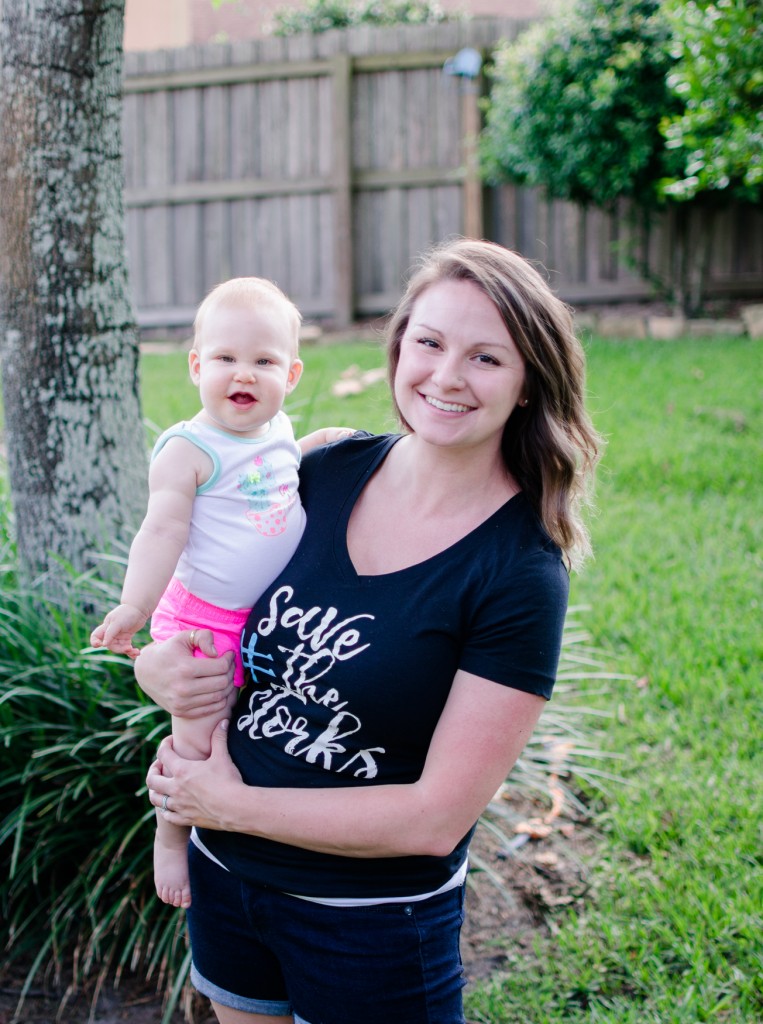 Friends, I am begging you to join with me. I promise you that choosing life is so much better. I’ve got the cutest kid in the world, she brings me more joy than I ever thought possible…but what if I had made a different choice?

God is good ya’ll. We can change things. Lets love these women, and save these babies. 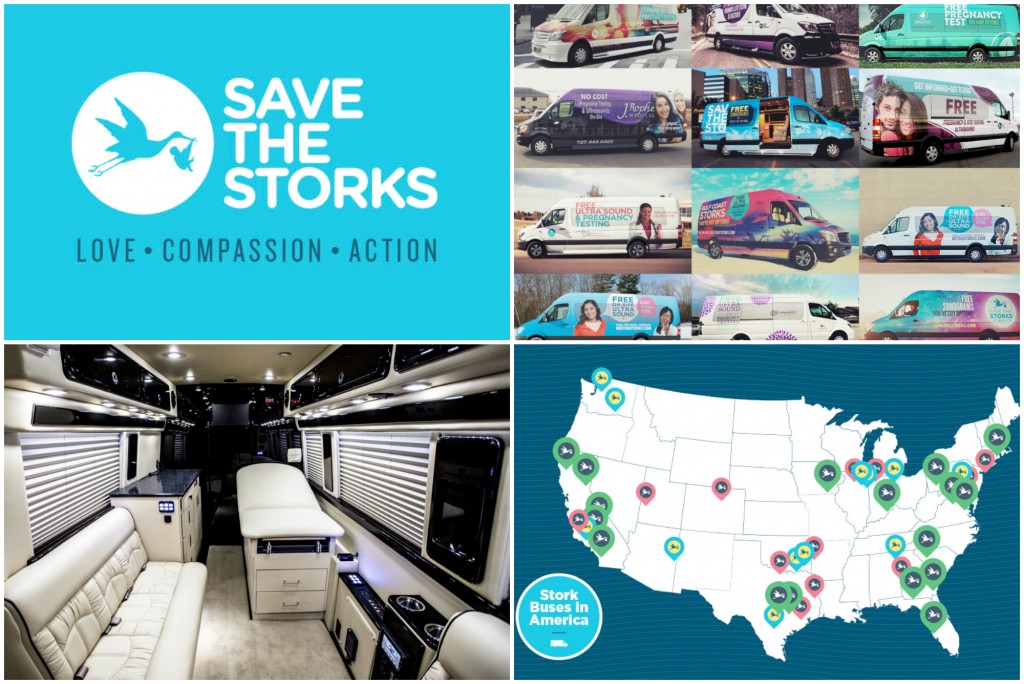