Surely we can change 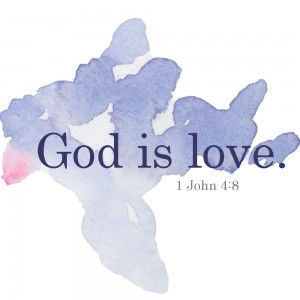 As a mom, I’ve found myself more often then not saying, “Why and how is this the world I have to raise babies in? And how am I supposed to do that?”
I’ve watched the news cover shooting after shooting (and before we go on, I want to make it clear that I do not think this is about guns) and wondered, “But why do they hate us/them/him/her, so much?”

And then I’ve logged on, and so many time off, of social media. We’ve got a lot to say these days, and as we should.
I know I do.

I have a brother in the police force. So no, I don’t support a movement that’s calling for his head on a silver plater. That’s not peacefully protesting, instead throwing bricks at the police.
I live in the town that underwent the largest terrorist attack on American soil since 9/11. I cried and did what I could to show support to the humans affected. No, I don’t think it was just about one “type” of people. I saw humans, that’s it.

As a country we’ve been divided. By the media and the President. Being told that an event that took place was because of xyz, when in reality it was just because of hate. Because someone decided that acting on that hate was a good idea. You can hop on Facebook at any time of the day now and get everyones opinion on anything.

And I want to make it clear, that I think that’s ok. We’re allowed to share our opinion.

But it’s how we do that. I’ll be 100% honest and say that I am struggling with anger right now at recent events. I’m mad. I’m mad that the people who protect us day in and day out are being portrayed like the enemy. I’m mad that I had to listen to my little sister cry to me for 45 minutes the night of the Dallas shootings as her husband was still out on duty. I’m mad that people are making this just about guns. I’m mad that recent events aren’t being told in total honesty, that there is so much of these stories we don’t know. I’m mad that we can’t all just come together and say ENOUGH.

That it doesn’t have to be about skin color. Or religion. Or sexual preference.

We can disagree with each other. You can totally think it’s all about guns. You can think I’m full of it. That’s fine. But we have to start being ok with the fact that we aren’t all right all the time, and that there are people with different opinions than us.

Surely we can change.

Surely we can figure out how to get out of this mess we’ve put ourselves in. Because if we want to point fingers, we can. But we have to all stand in front of the mirror and point to ourselves first.

You want a “movement” that means nothing but love, and peace. That’s Jesus.

The One Who came to change it all. To make us all one. To show the world that love will always conquer hate.

I’ve got some work to do. I’ve got to let some of this anger go because I know it’s not helping. It’s not doing anything.

Jesus came so that this crazy, messed up world we live in, can make a little sense.

And that’s what I clinging to these days.

We’ll make it through, you guys. We will.
But.

We have to start with Jesus.

Where there is hope, love, peace, courage, strength, and forgiveness.

I’ve figured out that we have to start just looking to Him. Reading in the Word about His life and how He handled things. How God placed Him on this earth, to live a life worthy of mimicking. How God created Him to come, and to die for our sins. All of them. To come and remove hate. To let love reign. Jesus is the remedy.

I’ve started taking Em and Duke for a walk in the morning and this morning I put on The Remedy album by David Crowder.
And listened to the song Surely We Can Change.
Here are the lyrics:

We need grace and serenity and braveness and change. So much change.

The world’s about to change.

And it’s up to us to make sure that the change that comes is more Jesus. Less hate.

The most important job