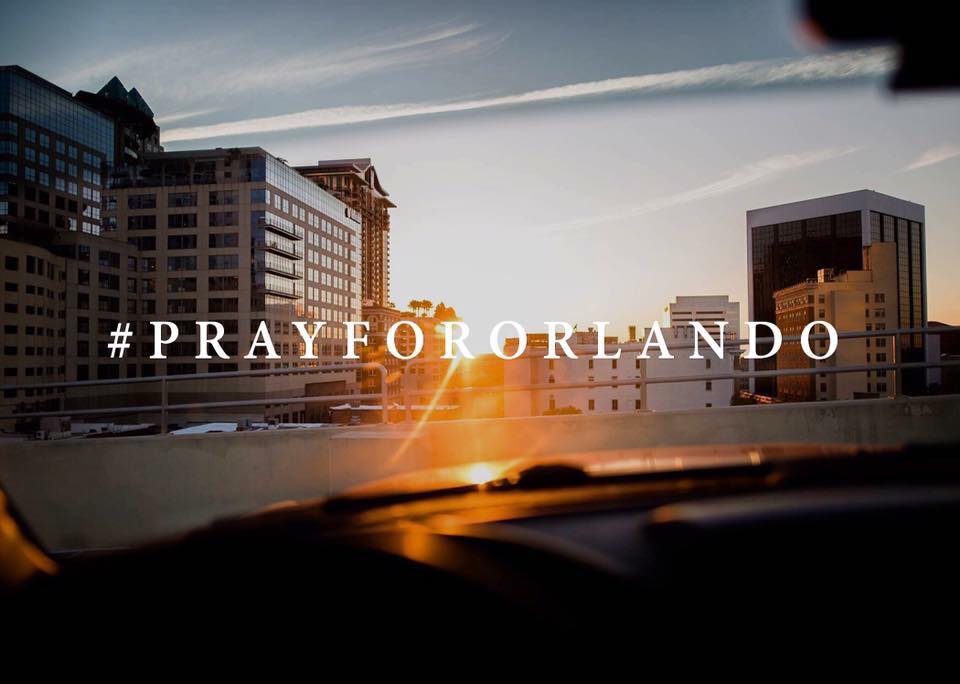 I stared at these words all day yesterday on the news and social media, almost in disbelief. This is my city. My home. This nightclub is five minutes up the road from where my baby girl was born. These are my neighbors. This is my city.

It would hit me in waves.

I wasn’t just watching a city over seas. Or across the country. I was watching news anchors standing on streets I drive past every week. Giving interviews to the Mayor of my city, getting remarks from the Chief of Police for my city.

I cried. A lot yesterday. I cried for these victims. For their families. Who unlike me, woke up yesterday morning wondering if their daughter, son, brother, sister, were alive. I cried that there was a group of innocent people who were wrongfully targeted. I cried because this is the world that I have to raise my baby in. And I just don’t understand it.

I hit every emotion in the book. I was sad. And so so angry at these people. These terrible people who hate us. Who want nothing more than for all of us to be dead. And that’s a hard pill to swallow.

I don’t know a lot right now.
But here’s what I do know.

I know that Orlando is a beautiful city. Full of beautiful, loving people. I know that God is stronger. That He mourns with us and He has us wrapped up in His arms. I know that America is going to come together and take a stand against this terrorism.

I know, that we must not point fingers at each other right now. No matter what our views are on guns, homosexuality, or politics. We have to come together. Because that’s what they want. They want us to be at odds with each other.

But we’re bigger and stronger.

I love where I live. This is where I’ll raise my babies. And I’m sure as hell not going to live in any kind of fear because of this.

There’s a long road ahead to get through this. But we will. Because this is America.

Orlando, I love you.
To the all the first responders: there aren’t enough words to describe the gratitude I have for you.

Is this thing on?

I am not defined by the number on my jeans.